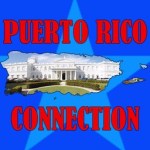 Now that Alan and friends (see bottom of post…) are very busy in Guadalajara doing murals and tacos and working breathlessly with the faculty at UdG, I think I can really take the chance to publish our latest (fourth) episode of the Puerto Rico Connection podcast before he does!!

{Elaboration from the poster of the film “Twenty Feet From Stardom”}

Of course it was a pleasure to spend half an hour with him talking about the stuff we like to talk about and then to set up a TapeWrite episode. As always with TapeWrite you have to edit a series of cards that are attached to single moments of time of the recorded audio. Then you search for media, tweets, photos etc. to complement the audio. It’s some work but a lot of fun also. So Alan set up the recording: he included in fact the usual starting and ending music for our podcast and then I uploaded it onto TapeWrite and then did the work that you can see embedded here and hear through the platform.

I’m not going to repeat here the fun things we discussed in the episode. But, like immediately apparent from the episode poster, some thing must be said on the self-imposed 20-minute limit we are trying to stick to. It’s difficult, and at the same time hopefully will allow for some little more control on the episodes.

Alan and I discussed the opportunity to continue doing the podcast with a simpler work schedule. I mean, using TapeWrite is certainly a great thing in that you complement the audio with open Web media; still this editing may add delays in the publishing time. Also in order to be enjoyed, a TapeWrite podcast needs be listened to as well as watched, thus limiting access to it. I mean, I couldn’t view it while driving, could I.

I would like personally to explore the audio-only media affordances, and I think Alan agrees to play along, so we may end up using simply Soundcloud or other tools to publish our future episodes. Like Anchor, which I just came to notice, a nice tool to record episodes directly from a smartphone and push them straight to the distributing channels like Soundcloud or iTunes.

One way or the other I love the idea of periodically get together over the air with Alan and talk about things we enjoy and I’m really thankful for the opportunity to explore the podcast medium with him!

I am closing this by pointing already to our fifth episode which we recorded from Guadalajara itself (a spirited conversation with Alan, Brian Lamb and Grant Potter), and which will be published soon.

Intriguing Stuff In Abkhasia: Words Begin With ‘A’

The cultivation of curiosity

To Rome with Love