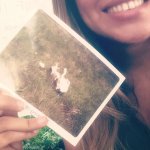 Yes, the Puerto Rico Connection is out! The first episode of the podcast Alan Levine and I were concocting and cooking on the camping-gas grill is out and alive.

Actually, Alan did almost all the work, a little in Strawberry, a little on a plane, and the rest from Melbourne. What more proof of globalization do you want?

Alan moreover got this amazing idea of doing the first episode asynchronously, given I was (notice the *past*) with no electricity and my connection was spotty at best. And I loved the baton-passing scheme. Then Alan mounted up the various audio files, incorporated (lawyers beware!) a little soundtrack at the beginning and ending titles from The French Connection movie–like he said, no connection at all except for the inspiring title!

I think it came out a pretty decent first episode, which I had to wait until today to publish on my own Skate because I was so so busy in the weekend to assess my students’ work.

Here is the first episode, hosted on TapeWrite, a tool Alan suggested–and I liked immediately. You’ll see why: If you like the idea of an open Web where media can be openly embedded within Web pages, well, that’s it. TapeWrite makes it easy to enrich an audiofile with some media that one can place at specific moments in time. Alan even got the cover image of a book I was talking about!

We had been thinking about an edtech podcast for a while, and the occasion to begin arose pretty wildly, given the situation we have been living here, with classes under tents and no equipment to be used. This prompted faculty to revise and redo our teaching plans for the rest of the semester, with the objective in mind to have students recover asap and not simply finish their semester but actually to make the best of it–if possible.

So in a way we incorporated this issue into the podcast, plus media, books, films, etc. We have a second episode on our minds, and we don’t know yet if it will be synchronous or not. But I’d love to record one live while Alan is in Australia and interview Parisa Mehran, the author of the first postcard to arrive here, which carried the powerful message:

a woman who has to prove her humanity every day.

We want to talk humanity, by Jove!

A propos, Alan, where the heck has your own card been forwarded? Yours was the very first card being sent through the mail… and we still haven’t got it.

Anyway, today we got this very nice one: Thanks @mdfunes!!

Let’s move to the next episode, then!

The post The podcast is here: The Puerto Rico Connection appeared first on Skate of the web.