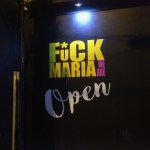 So we have our second episode of the famed podcast titled The Puerto Rico connection, which is amazing thanks to the brilliant work that Alan Levine has been doing (link Alan’s post). It is for me very intriguing that we are managing to do this from our huge distances. In fact the second episode was recorded while we were very far away from each other. Alan was in Australia’s East Coast with Kate Bowles (musicfordeckchairs.com), a friend of his who invited him for a while to work with her and we were also talking with Parisa Mehran (beyondyourstereotypes.wordpress.com) who was in Osaka, Japan. So we formed a triangle of people very far away from each other and still quite connected.

The purpose and the theme of the episode is in fact to talk about connections. I am still learning about connections and I consider myself an apprentice so I’m very happy to have such friends who mentor me in the process. I said that Alan was visiting Kate Bowles—whom unsurprisingly I follow— and by quasi-chance we had a person we both respect very much who was included in the conversation and the worldwide connection.

“Every time we tell a story about ourselves, we make a human network.”

The post The Puerto Rico Connection podcast: 2nd episode appeared first on Skate of the web.

The Last Living Person on the Planet