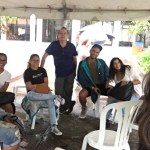 Yesterday, October 16 we had our first class post-Maria. All the University was under a big rain, plus it rained all night. It was fresh—not the awful heat of the past days, which compounds with the virtual absence of fans.

So, after a nice night’s sleep I began my classes this morning. My second class, #inf115 (New Media) was under a tent. Just close to another class hosting a huge tv screen. But we managed without. In fact, my students reflected over the fact that absence of power meant and means more contacts among neighbors and family, and less usage of smartphones, which tend to convert to basic useless bricks, these days at this latitude.

It was a very nice class, with all students but one being present. We had a good time scrolling from our shoulders the experiences—bad and good— of these three weeks, and especially of the first nights during and after the hurricane. 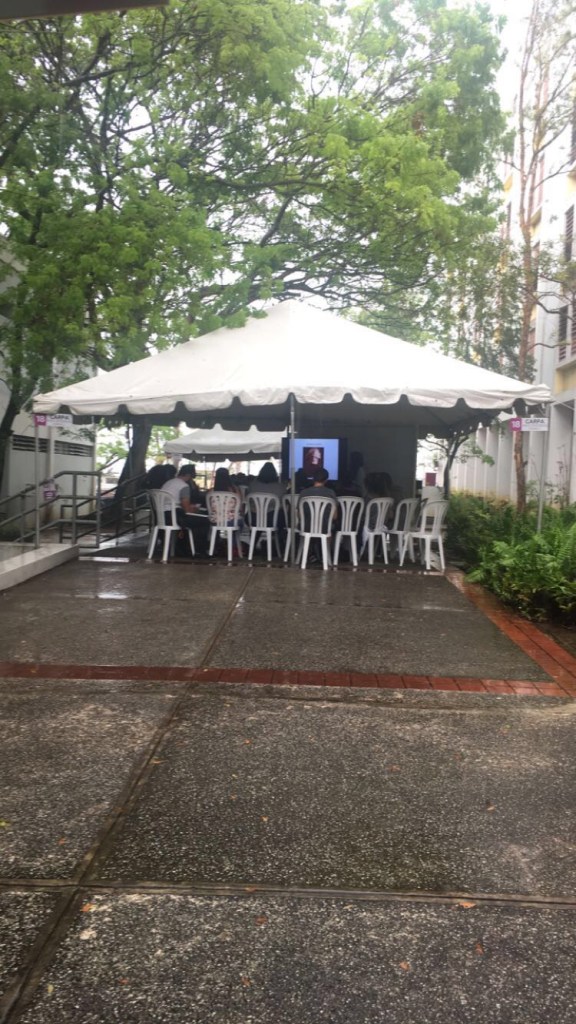 Basically students have no easy Internet connection to use, and they will improvise either at Sagrado (with our limited WiFi) or at other places. They will be using smartphones but most have no access to laptops or tablets. There are however a few places at Sagrado with a limited number of computers they can use.

I told them about Sagrado’s commitment to their completing the semester with the least possible havoc to their routines, given each has had their pretty good load of havoc already. They were all very sensitive to this. I asked them to come next Wednesday, since Alan Levine has a Daily Create for us to share and we’ll be discussing the class plans for the rest of this semester.

We all agreed we’d finish the sound project we had begun pre-Maria and then dedicate ourselves to the video-with-podcast project, which will be the main final project for the class. More details soon. We want to shoot interviews on the state of the country after the hurricane, supplemented with other media. One student suggested we do this as a class project, meaning all students would work together on the same project, each specializing in some components of their specialty.
Then we talked about Alan’s Puente de Puerto Rico, and we’re already anxious to receive the postcards which are beginning to be mailed from far away places.

We all loved one student’s comment when she said she wouldn’t want to be part of a bubble while many places in the country are so devastated and she preferred working as volunteer to comping down to Sagrado and be part of said bubble. True and all, and very sensible the comment: However, I counterargued that each of us we have a commitment with ourselves to pursue inner dreams and passions, so it is good to have a safehouse to come to and rest, study and share with fellow humans.

That’s all folks. See you Wednesday.

The post First day of class–again appeared first on Skate of the web.