The NYTimes article Gainsbourg and Birkin, Fearless on Film at Lincoln Center about a retrospective at NYC’s Lincoln Center I couldn’t view, prompted me to revisit 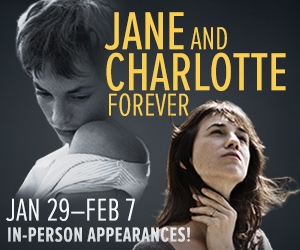 We danced this song at 14 and here’s one first big influence of pop culture on myself and my generation in Italy and Europe. When I asked around about the title’s meaning, which I would understand only much later, friends had vague answers, because really none of us mastered French and the title’s subtle ambiguity: I love you… me neither!

The article is pretty nice, and talks about the trio of mother, father and daughter –Charlotte–, all involved in cinema and singing. Apart from their personas and life adventures (I can’t but link them to other same-age people like Jean Paul Belmondo whom I adored and think of Breathless), I find all their faces awesomely interesting and impossible to forget. Their voices also leave a profound impact, even if one doesn’t really get what they’re saying without subtitles!

Last, one more reason to love not only such silly remembrances but the still magical (to me at least) Web that makes this post possible!